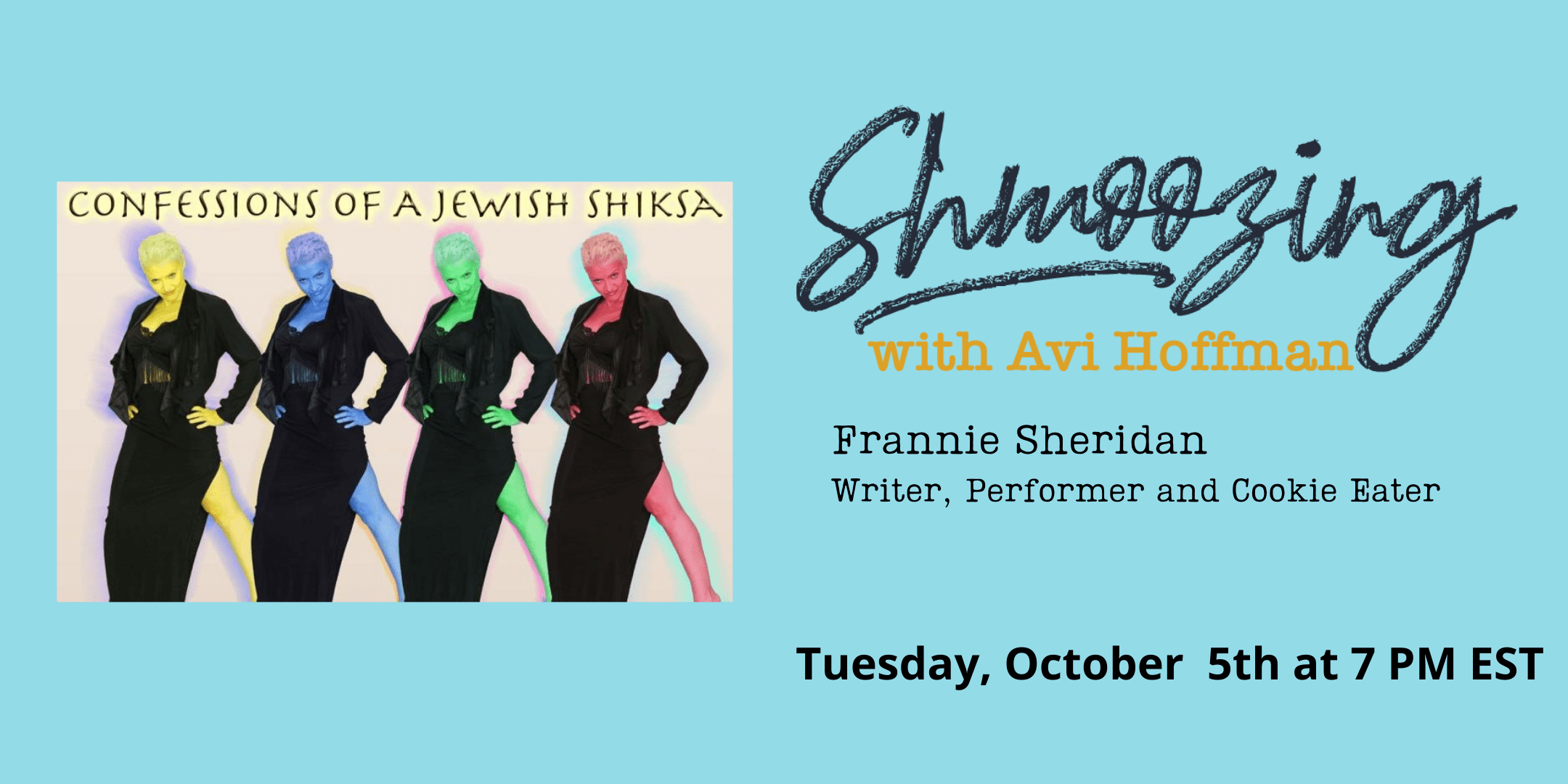 Shmoozing with Avi featuring Frannie SherdianThroughout her journey from TRAUMA to NIRVANA! Performer, Writer and Cookie Eater Frannie Sheridan has been entertaining and educating audiences internationally for decades. Raised to believe that sharing the truth of her identity would get her killed, Frannie ultimately journeyed out of the dark wormhole of PTSD (post traumatic stress disorder) into PTJO (post traumatic joy overload). Using performance as therapy-on-wheels, all the while collecting Mayoral Awards for her solo character shows(PBS/NPR/JLTV) https://youtu.be/CLYaaTXGRTE and the 'Gabriel' for a radio documentary (NPR/CBC) https://www.cbc.ca/radio/rewind/the-waltonsteins-a-family-secret-1.2801183 as well as being sought after by Hollywood luminary (Arthur Hiller LOVE STORY director) […]