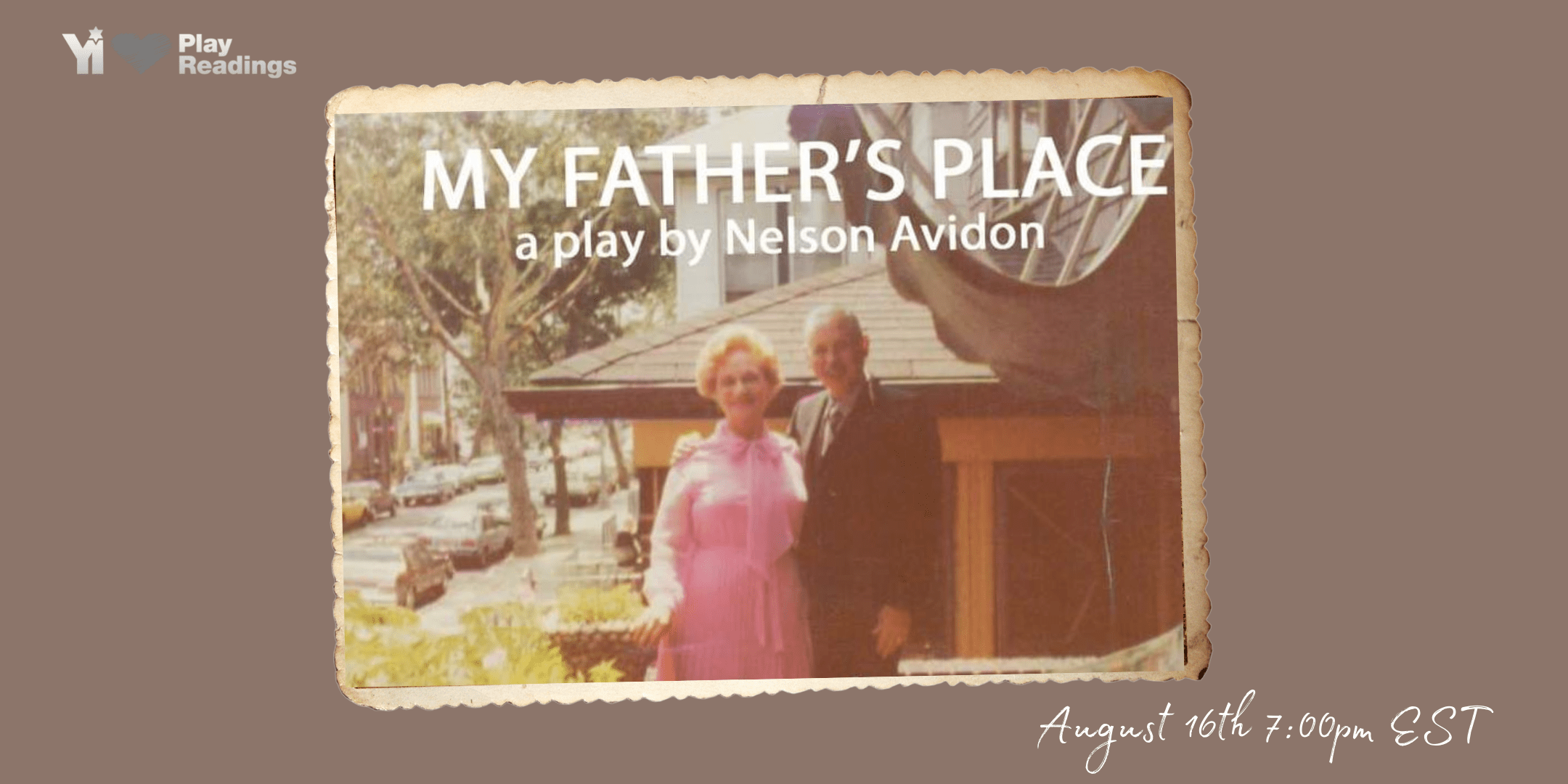 MY FATHER’S PLACE is a comedy set in Brooklyn, NY in the year 1992.

Isaac, in his seventies, lives all alone in his house since his wife died three years ago. Isaac’s son Abe is an actor living in Los Angeles, but after his Dad has a mishap, Isaac comes back to Brooklyn to help out, giving up his chance at a big acting break in Hollywood. Abe is not happy about that.

Competing for Abe’s attention is his Uncle Jack, his late mother’s brother, and kind of a second father to Abe. Jack is a colorful Brooklyn character who could not be more different than Abe’s real father, and those two “fathers” do not get along at all.

Is Brooklyn big enough for these three guys? Don’t even ask.

Nelson has written several plays and films, including the Off-Broadway dramedy GIRL IN HEAT, and the short film TRESPASSING.

As an actor you can see Nelson as Jacob Gleason in MOTHERLESS BROOKLYN, directed by Edward Norton, and as Christopher Lloyd’s son in the feature film RERUN, directed by Alyssa Bennett. Other new films include LIFE AFTER YOU, directed by Sarah Schwab, the Sci-Fi drama 2030, and the comedy ALL YOU CAN EAT.

On stage Nelson played Freddy in CHURCH OF ST. LUKE in the Fringe Festival, Dr. Fletcher in STRINGTOWN, a project for Anna Deavere Smith, and Henry in MUD, directed by Elena Araoz, for Boundless Theatre NYC. “Nelson Avidon’s Henry is an insidious force.” – thereviewshub.com

Nelson is in several hilarious web series: THE BLUE MARBLE, LOLA DOES MANHATTAN, ALTERNATE SIDE, and I DO!

Nelson can be seen as the title character Q in the award-winning short film about a modern-day Don Quixote. He’s also in the films KEEPING THE FAITH, with Edward Norton and Ben Stiller, and in OUR ITALIAN HUSBAND, with Brooke Shields.

On the New York stage, Nelson was in THE BLAMELESS at The Lark, directed by GT Upchurch, in HALF-MOON BAY, directed by John Gould Rubin, in LIGHT CREATURES, directed by Elena Araoz, and in EXISTING PRIVILEGE, directed by Wilson Milam. He was in CEASEFIRE, directed by Joe Cacaci, at Berkshire Playwright’s Lab. He was “Erie Smith” in HUGHIE, by Eugene O’Neill, at The Actors Studio, where he is a lifetime member, and where he also appeared in SALOME with Al Pacino, and in ETUDES with Faye Dunaway.