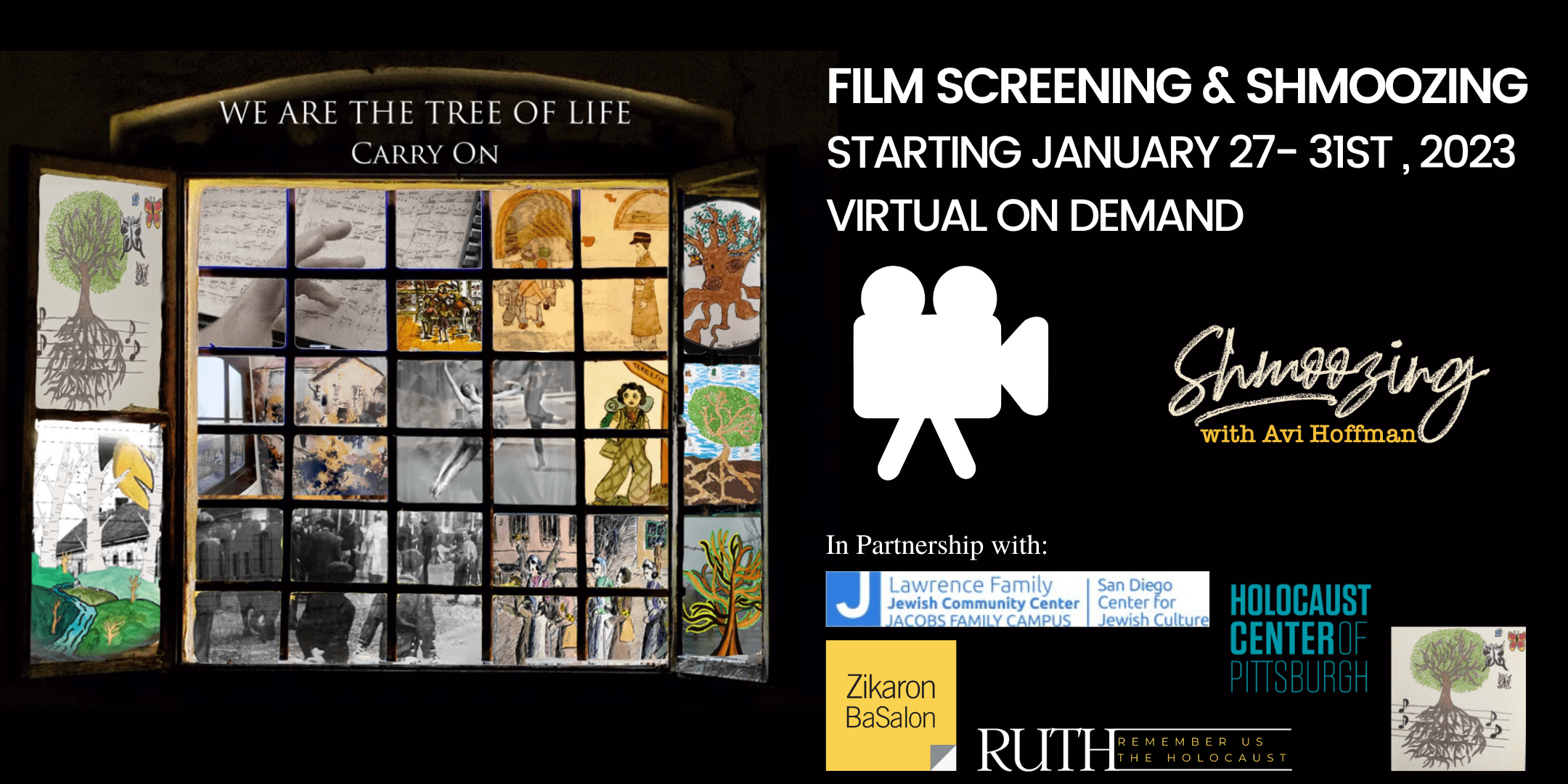 The Mission of WE ARE THE TREE OF LIFE is to present the arts and culture that were created during the Holocaust as an educational tool, and acting as a lesson of the past to be carried and revised to the present. Emphasizing the message of moral courage and acceptance, we will present compelling exhibitions and performances in the realms of music, visual arts and literature.

The focus of this project is to:

Showcase the astonishing creativity of Shoah composers, artists and writers, despite the brutality and inhumane conditions under which they produced their work.

Give voice to those silenced Shoah artists and to enable them to be heard today.

Honor our Holocaust survivors through this unique programming.

Offer this project as a model for others to adapt and emulate.

Transmit the lessons of the Shoah from the generations who still live in its shadow to future generations.

WE ARE THE TREE OF LIFE:

Vision: To become a widely used EDUCATIONAL TOOL to combat HATE. Through the inspiration of the arts and culture created during the Holocaust, we aspire to teach the LESSONS OF MORAL COURAGE in order to further the goals of RESPECT, ACCEPTANCE and PEACE within and across communities.

This vision seeks to assist in building a world in which all persons flourish through the respect and value of every individual and group, and their rights to live in a just and peaceful world, a world of UNITY and LOVE!

Alan G. Markowitz, IMAX® Filmmaker/VFX Producer. An award-winning industry veteran, with over 40 years of film production experience, Alan specializes in “Giant-Screen” documentaries. His work can be seen in more than 300 film productions exhibited on IMAX® screens, destination cinemas, theme parks, and in special venues around the world. Alan is a member of the Academy of Motion Picture Art & Sciences and is a Charter Member of the Visual Effects Society, (VES).

Jacqueline Semha Gmach. Jacqueline has dedicated her life to the furtherance of Jewish culture. Born in Tunisia, she was learning-challenged, unable to read or write until the age of 14. A teacher changed her life by saying: “If you want, YOU CAN,” and these words became the inspiration of her life, as she opened doors to the world of knowledge while sharing this compassion with others. Jacqueline is one of the Project Directors for the USC Shoah Foundation Institute, and she previously curated several Jewish events in San Diego, including the renowned San Diego Jewish Book Fair. Jacqueline has authored “From Bomboloni to Bagel: A Story of Two Worlds” and the upcoming novel, “The Antiphonary of Love: The Call of The Scroll.”

We Are the Tree of Life is a concept that emerged from Jackie’s response to the massacre at the Pittsburgh Tree of Life Synagogue on October 27, 2018. She was horrified as she read about Rose Malinger, the oldest, 97-yr. old victim of this tragedy. She then realized; WE are ALL Rose Malinger! Jacqueline saw a strong connection between the synagogue massacre and the Holocaust realizing that both tragedies contain both, the stain of virulent antisemitism, along with tremendous moral courage and perseverance of the victims. In the concentration camps and ghettos, many victims survived by producing remarkable works of art, music, literature, and dance with stories that needed her help, to be told to the world. Jacqueline’s vision for the organization, “WE ARE THE TREE OF LIFE©,” is to support this mission of moral courage and perseverance, and to emphasize the role in which cultural expression nurtures respect, acceptance, and peace.