The Last One: A Play by Eleanor Reissa 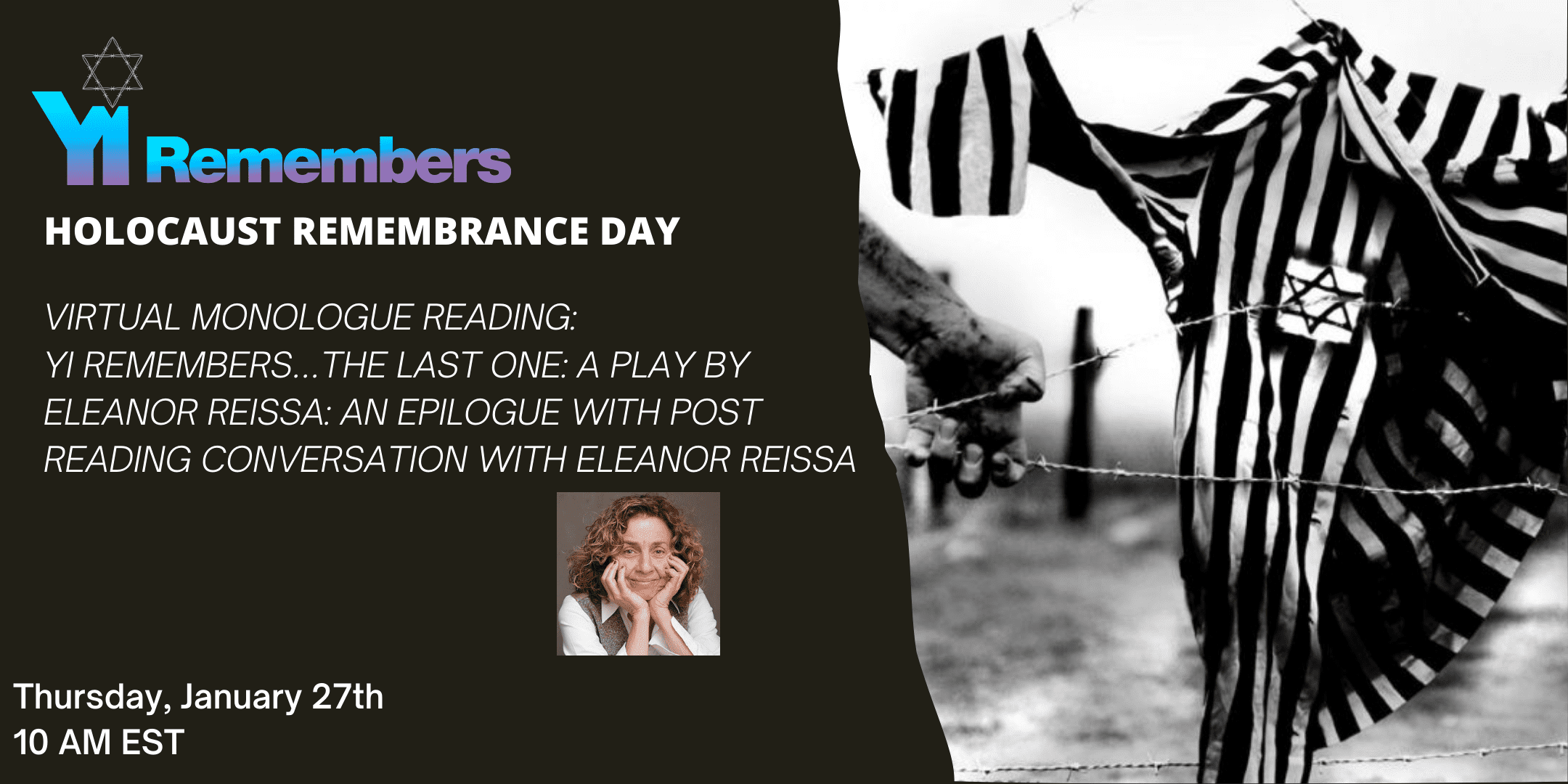 The Last One: A Play by Eleanor Reissa

In this play reading, we have the opportunity to meet the last one, the very last one. Like the survivors of the civil war or the battle at wounded knee, we meet the last survivor of the Holocaust. Written in 1995, it was an imaginary play. Soon, in the not so distant future, this monologue will come true. Starring Avi Hoffman directed by Eleanor Reissa.

ELEANOR REISSA is Brooklyn born and bred; a victim/beneficiary of the public school system from K through college (cum laude). In spite of that (or because of it) she has had a life beyond her own imagination. She became a Tony nominated director, a Broadway actress, a prize-winning playwright, an artistic director of the world’s oldest Yiddish theater company, a published author, a singer in every major venue around the world and in New York, including Carnegie Hall, Town Hall, and smaller venues like Joe’s Pub and Michael Feinstein’s 54 Below. Simply, she became a story-teller in English and Yiddish and is the daughter of her parents who lived through the Holocaust.

Her latest book, THE LETTERS PROJECT, is a tough, honest, and often funny memoir that takes readers on an unexpected mystery tour back in time through Germany and Israel — where the dead speak — in this daughter’s journey down the rabbit hole of her family’s Holocaust.