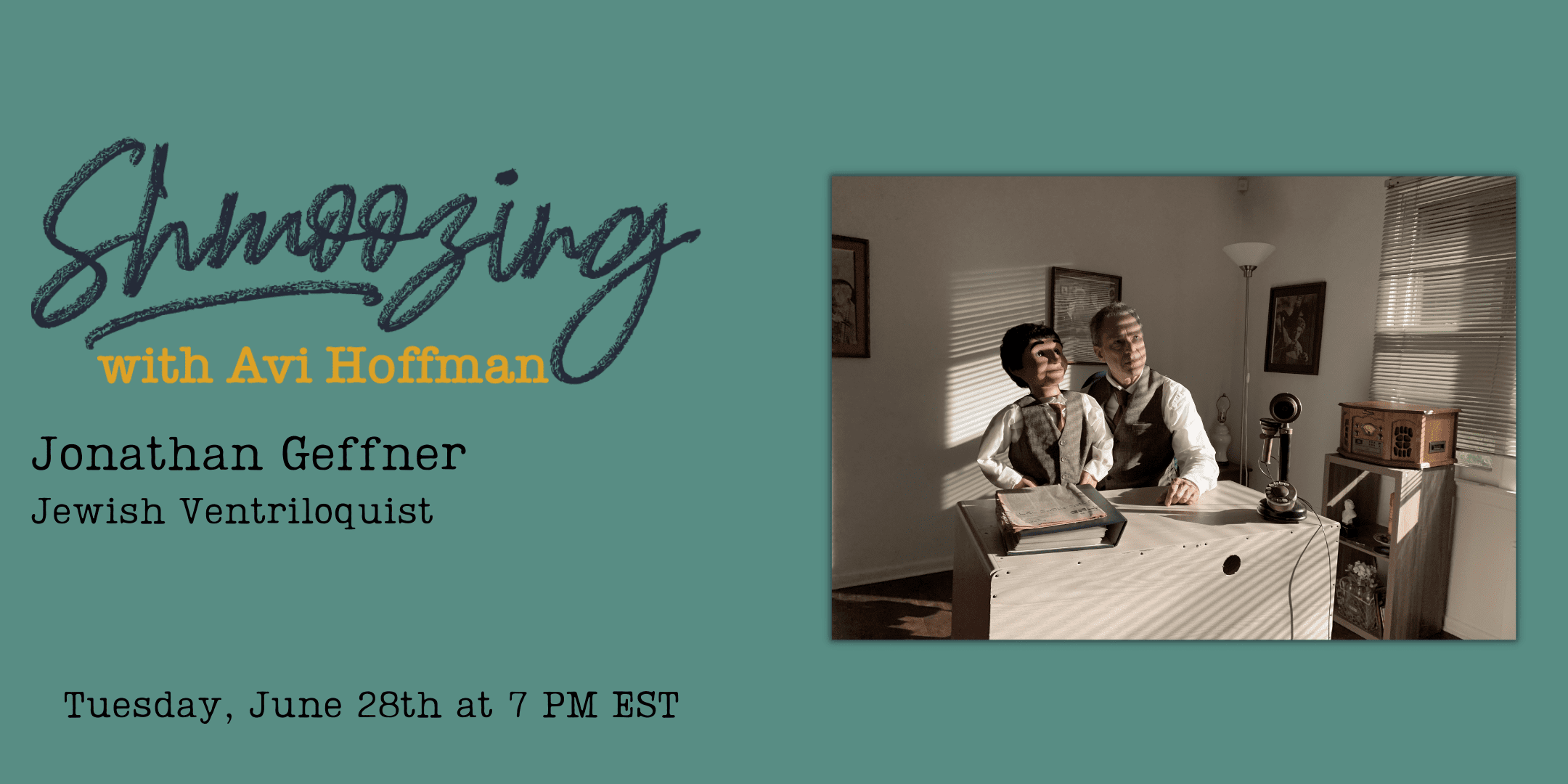 Jonathan Geffner is the writer, creator, executive producer and star of the multi-award-winning Trillo & Suede web series. This film noir parody featuring a Jewish ventriloquist detective and his Jewish wooden partner has won a staggering 39 awards for Best Web Series, Best Comedy and more in international film contests since its debut in January 2020.

Jonathan is a real life ventriloquist who is widely known as one of the most highly skilled ventriloquists in the world. Fluent in Yiddish, he is also a Yiddish teacher and translator. He is fairly fluent in Hebrew as well, and he infuses his Trillo & Suede web series with lots of Yiddishisms and Jewish humor. You can watch Seasons 1 and 2 of Trillo & Suede on the Trillo & Suede YouTube channel.