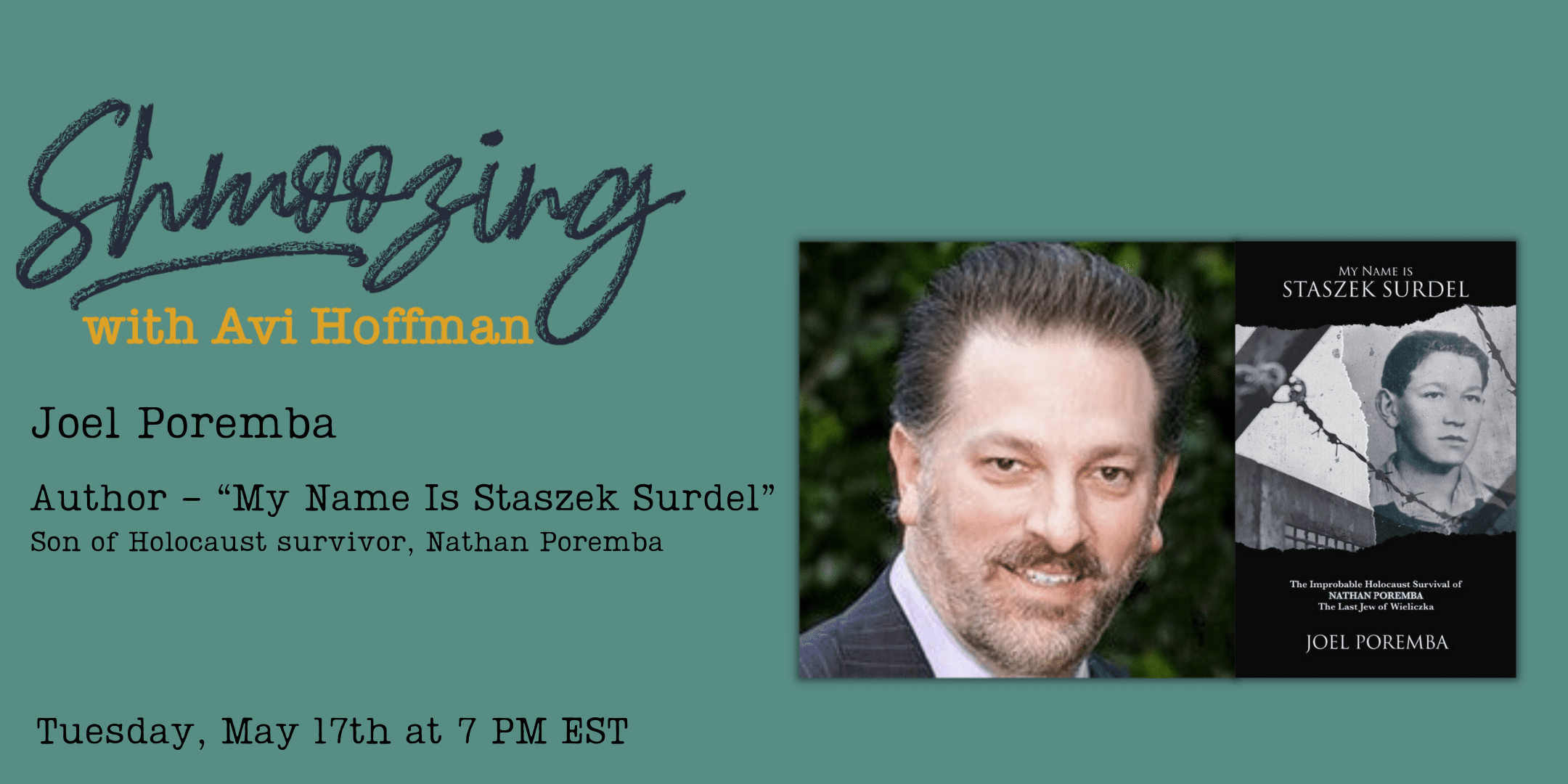 Joel Poremba is the author of “My Name Is Staszek Surdel”

Joel Poremba is a business attorney with twenty-three years of litigation experience in both state and federal courts. He represents small and medium-sized companies in complex business disputes and handles insurance defense matters. Prior to this, Joel litigated against billion dollar insurance companies over breached disability policies. He is a graduate of Western State University, College of Law and the University of California, San Diego with a degree in political science.

He is the son of Holocaust survivor, Nathan Poremba. Stunned after hearing his father give his testimony to the Shoah Foundation Visual History Archive in 1998, it subsequently took 21 years and an inspiring trip to Israel for Joel to finally watch his father’s video testimony. Determined, Joel subsequently sat down and further interviewed his father about the details of his Holocaust survival.

Joel Poremba is an author with a passion for helping his father tell his story of resistance. Making good on his bar mitzvah speech to one day tell his father’s story, “My Name Is Staszek Surdel” explores Nathan Poremba’s life and survival in Poland before, during and after the war.