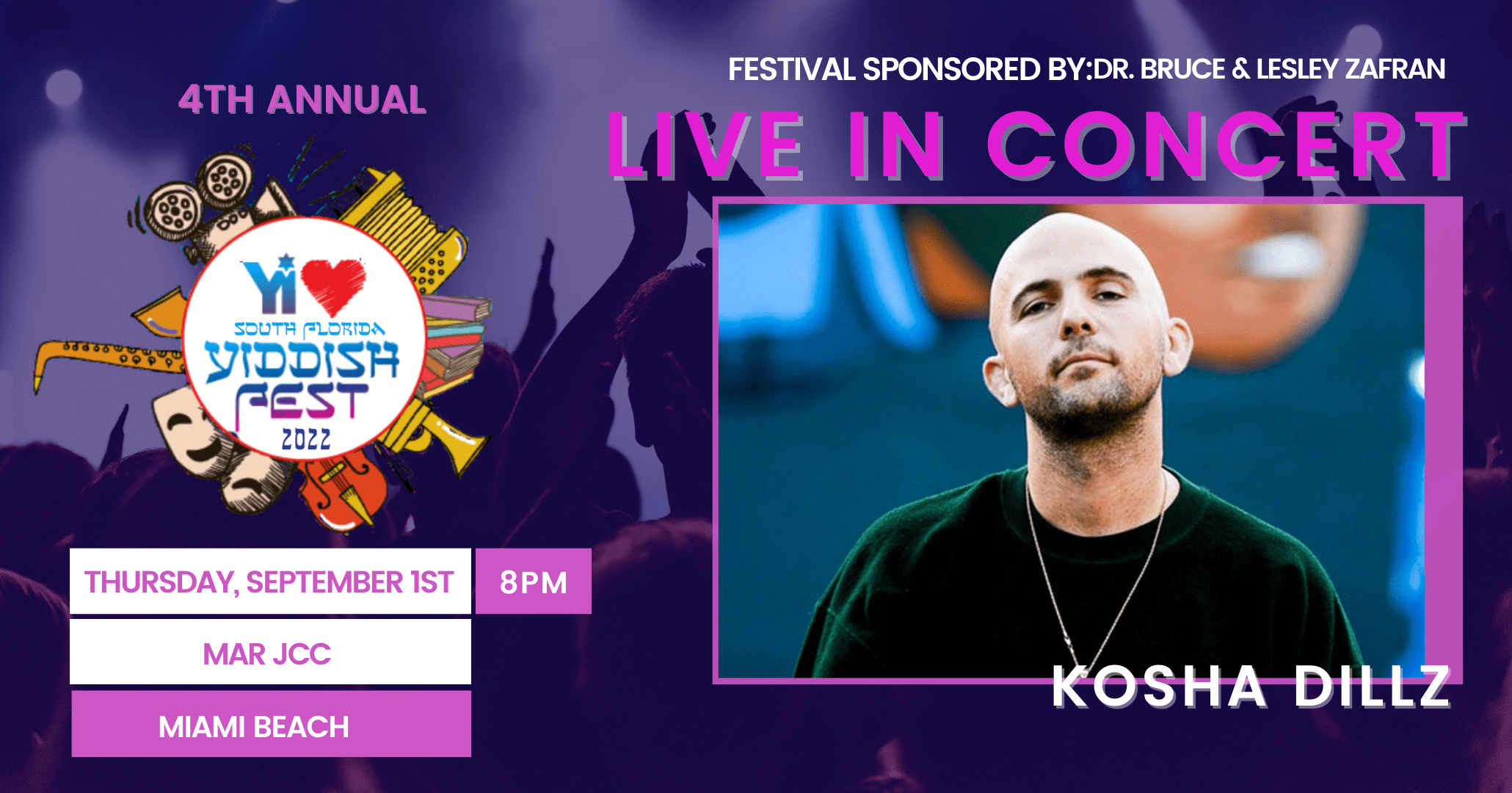 Kosha Dillz rhymes in Yiddish and Hebrew, in addition to English and Spanish, and his raps about matzah and Passover have gone viral. He has recently toured with Jewish performers Matisyahu and Nissim Black.

Rami Even-Esh started rapping at the age of 17. For several years beginning in 1999, he was heavily involved with the freestyle battle rap scene at Nuyorican Poets Café in New York City. That same year, he attended an MF Doom concert at The Wetlands, and recalls, “That’s when I knew I loved the underground hip hop scene. That show and Braggin’ Rights at Nuyorican Poets Café changed my life for sure.”

He is currently appearing VH1’s “Wild and Out.”

He originally went by Kosher Dill, saying, “I was Jewish and I wanted something cool.” He changed his name to KD Flow when he was in the battle scene because he was “ashamed” of his MC name’s Jewish association. After some time, he became Kosha Dillz, coinciding with a decision to return to his Jewish identity.

The 4th Annual YI Love Yiddishfest ’22 is a six-day extravaganza of concerts, plays, films, lectures and contemporary Jewish headliners such as YidLife Crisis, Kosha Dillz, Avi Hoffman and The Stars of David. With over 12 events, there’s something for the entire mishpukhe to enjoy!

The festival is sponsored by Dr. Bruce and Lesley Zafran and is being held in partnership with Florida Humanities, Miami-Dade Country, and the City of Miami Beach and is co-sponsored by the Sue and Leonard Miller Center for Contemporary Judaic Studies/George Feldenkreis Program in Judaic Studies at the University of Miami, the Greater Miami Jewish Federation, The Betsy South Beach, Miami Beach JCC, Adolph and Rose Levis JCC, the Holocaust Memorial of Miami Beach and The Jewish Museum of Florida.