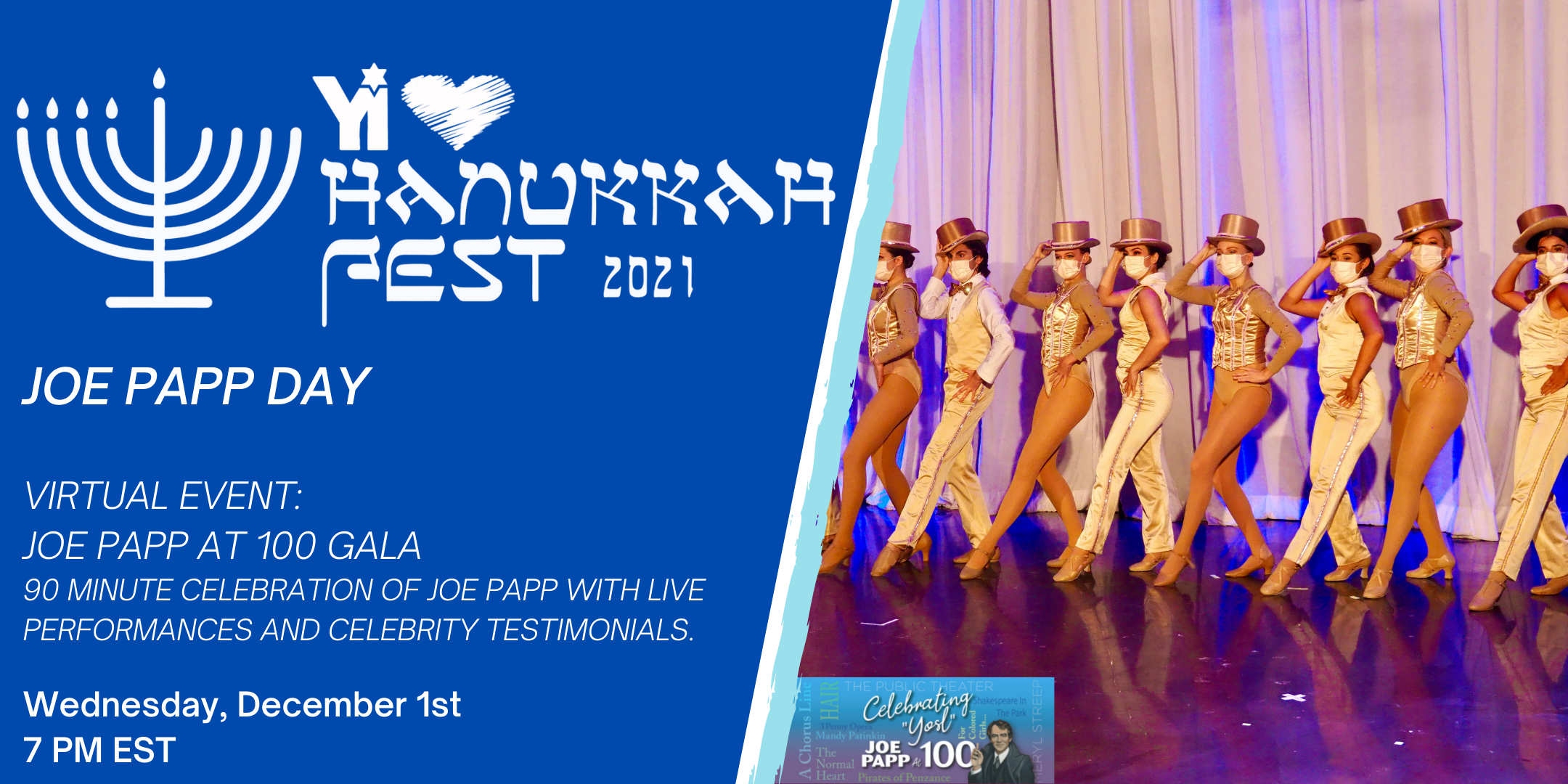 December 1st has been officially declared as “Joe Papp Day” in New York City. In honor of this day, YI Love Jewish is presenting a day of events celebrating the life and work of this important theatrical icon.

Join us for a VIRTUAL red-carpet Gala featuring performances and celebrity cameo appearances!

“Joe Papp did more to revolutionize the world of theater than any impresario in the world,” said Avi Hoffman. Hoffman and his mother, retired author, journalist and Columbia University Professor Miriam Hoffman, became friends and colleagues of Papp in NYC in the 1980s, when they launched the Joseph Papp Yiddish Theatre. After Papp’s death, they continued a close association with Joe’s widow, Gail Merrifield-Papp, and his daughter Susan Papp-Lippman, who will both be serving as Honorary Chairs of the Centennial commemoration

Papp’s vision led him in 1957 to establish free Shakespeare in Central Park followed in 1967 by The Public Theater, creating a new, dynamic way of producing theatre in a workshop-style manner that had never been tried before. The concept involved bringing artists, writers, directors and actors together in one place to brainstorm and create the foundations for new and groundbreaking productions.

The most famous Broadway shows to evolve from these workshops include “Hair,” “A Chorus Line,” and “Runaways,” among the over 700 shows that Joe Papp produced and developed. He championed the cause of multi-cultural casting and socially relevant topics. Papp was a social activist who also helped to develop other off-Broadway experimental theaters, worked to preserve the historic Broadway Theatre District and was considered one of the most philanthropic providers of inner city access to the arts, believing that if public libraries were free, public theatre should be free as well.

This musical gala event will celebrate the life and legacy of Joseph Papp.