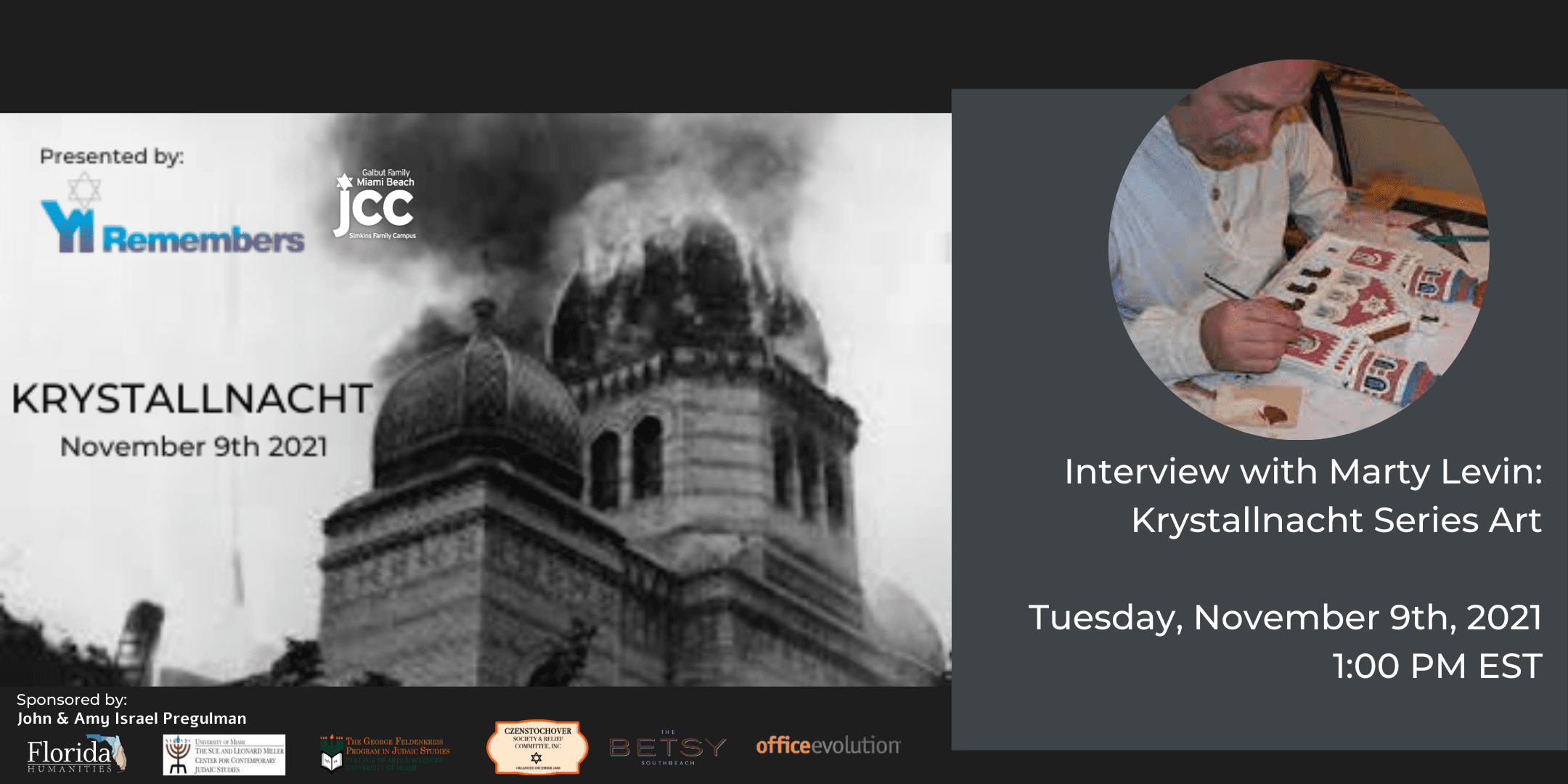 Marty Levin and his Krystallnacht series and other miniature buildings

Last year, the Florida State Legislature passed legislation that adds to the existing Holocaust Mandate. The new legislation designates the second week in November as Holocaust Education Week. This week was chosen to commemorate Kristallnacht, also called “Night of Broken Glass” as windows of thousands of Jewish places of business were smashed and over 1,000 synagogues were burned to the ground in Germany and Austria. Many Jews were murdered, and others were sent to concentration camps where they had to endure hard labor.

Marty Levin is an accomplished artist whose intricately detailed miniature buildings, fabric artwork, paintings, flags, and Judaica grace homes, businesses, and houses of worship. His artwork is continuously reminding, and educating, those who come to see his stunning works about the world that existed before the Nazis came to power.

Through his Krystallnacht Series Synagogues, Marty Levin recreates – in miniature – a piece of Jewish heritage, the synagogues devastated and destroyed by Hitler’s minions. 10 to 20 inches tall, 5 1/2 to 15 inches wide, each carefully researched synagogue is made from wood, meticulously painted with acrylics, so that every brick, stone, spire, and stained glass window is shockingly realistic, and deeply emotionally impactful.

Mr. Levin’s Krystallnacht series and other miniature buildings have been displayed at the Jewish Museum of Maryland, Gratz College, the Nathan D Rosen Museum Gallery, the Old City Jewish Art Gallery, Van Gough’s Café, the Coral Springs Festival of the Arts, the Highlandtown Gallery, the Baltimore Jewish American Festival, and other locations.