Beyle: The Artist and Her Legacy 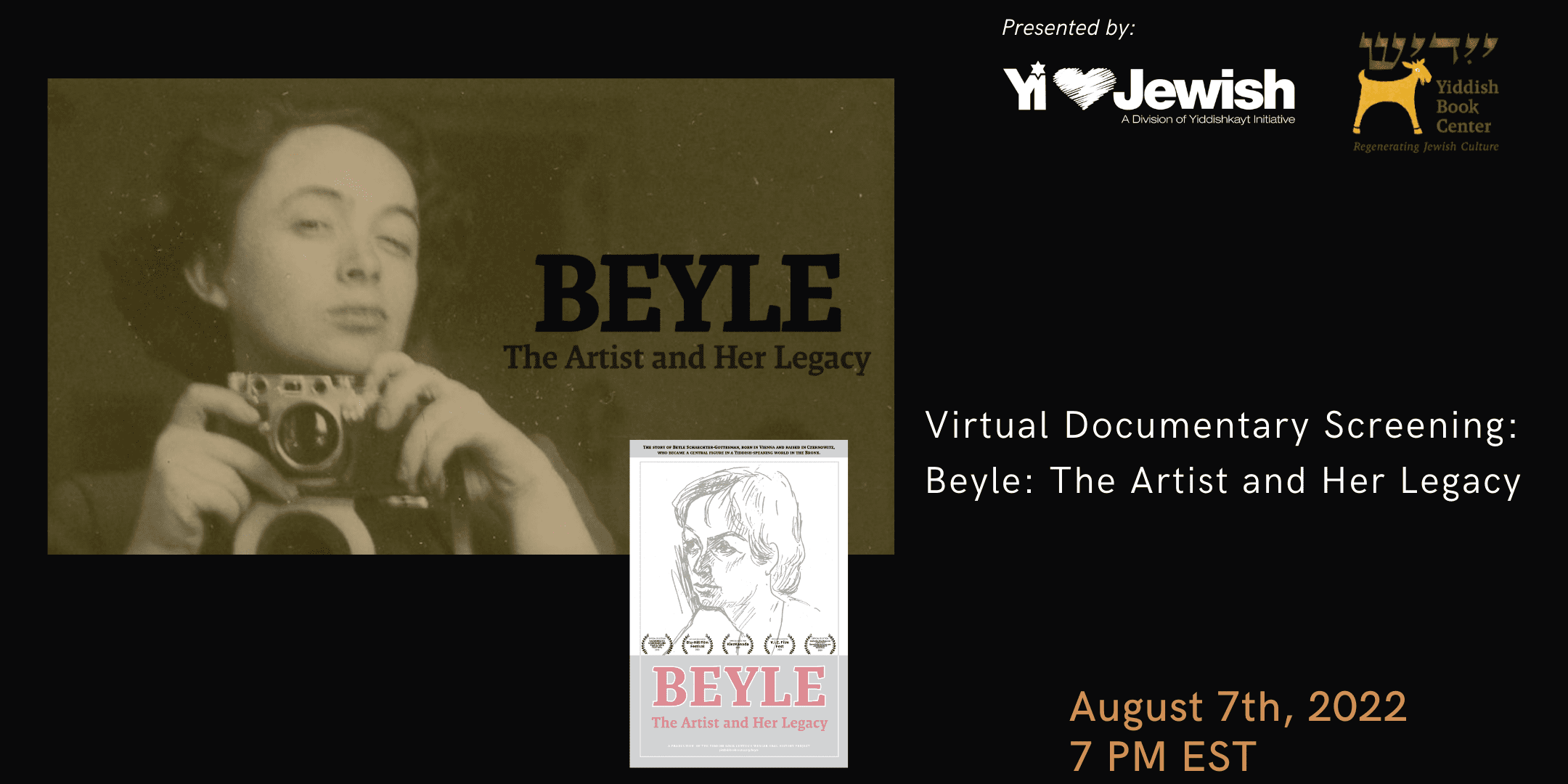 Beyle: The Artist and Her Legacy

A Virtual Documentary Film Screening- Beyle: The Artist and Her Legacy presented by The National Yiddish Book Center and YI Love Jewish

Beyle Schaechter-Gottesman was a woman whose life and work bridged the old world with the new. Following in the footsteps of her activist father and folk singer mother, she dedicated her life to preserving and transmitting Yiddish language and culture. Her influence reached across continents until her death in 2013, and lives on in a new generation.

Born to a Yiddish-speaking family in Vienna, Holocaust survivor Beyle (pronounced “bay-luh”) was raised in Czernowitz. After the Second World War, she settled in the United States, where she became a central figure of a vibrant Yiddish community based in the Bronx, New York. Along with several other neighboring families, she raised her children in Yiddish. Her home on Bainbridge Avenue became a gathering place for people who wanted to be near Beyle and her remarkable songs, experiences, and ideology. She prioritized living fully in Yiddish by anyone who wanted to do so, whether or not it was their mame-loshn (mother-tongue). One can find Beyle’s influence throughout the contemporary Yiddish world.

A poet and artist, Beyle was named a National Heritage Fellow in recognition for her invaluable contributions to traditional Jewish folk art. Her creative output and devotion to the continuation of Yiddish language and culture spanned seven decades.

BEYLE: The Artist and Her Legacy tells the story of Beyle’s rich life through archival recordings along with newly recorded oral history interviews with family, friends, and colleagues – in both English and in Yiddish. In keeping with Beyle’s multimedia artistic practice, we have translated her paintings and sketches into whimsical animations, and weaved her story through the tradition of oral history and into a film.

About The Yiddish Book Center

The Yiddish Book Center is a nonprofit organization working to recover, celebrate, and regenerate Yiddish and modern Jewish literature and culture.

The million books recovered by the Yiddish Book Center represent Jews’ first sustained literary and cultural encounter with the modern world. They are a window on the past thousand years of Jewish history, a precursor of modern Jewish writing in English, Hebrew and other languages, and a springboard for new creativity. Since our founding in 1980 we have launched a wide range of bibliographic, educational, and cultural programs to share these treasures with the wider world.

The Decade of Discovery

The Decade of Discovery is an initiative launched by the Yiddish Book Center to mark our 40th anniversary in 2020. Its aim is to foster a deeper understanding of Yiddish and modern Jewish culture. For each of the ensuing years, the Center will select an annual theme around which we will curate and share content and collaborate with other organizations.