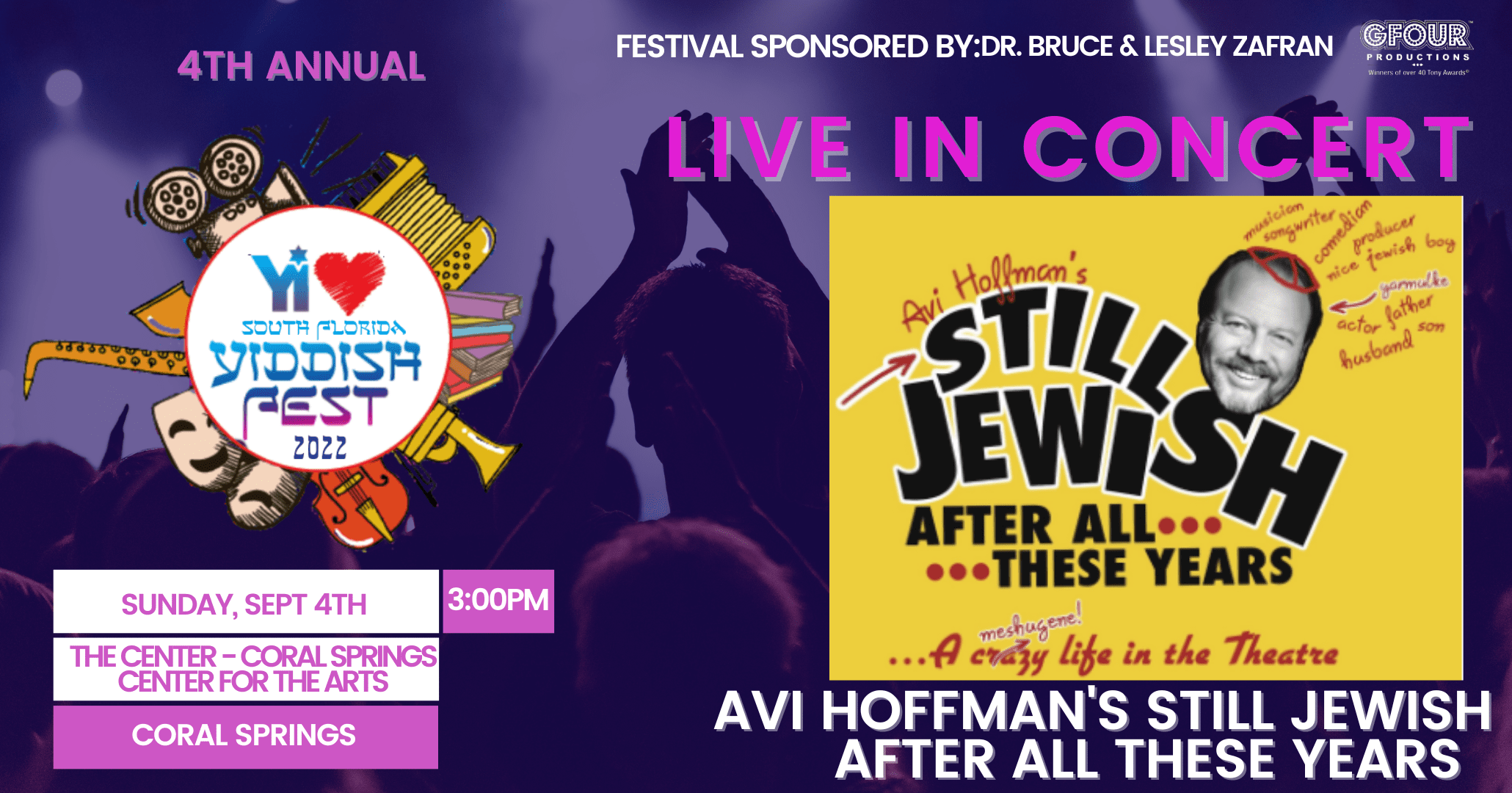 Concert in Coral Springs: “Still Jewish After All These Years” starring Avi Hoffman as part of YI Love Yiddishfest’22.

This production by national PBS star and Florida favorite – Avi Hoffman – will take you on a nostalgic, fun-filled journey through his extensive and entertaining life and works. In this new musical celebration, Avi invites you along on an intimate and casual tour through his exhilarating career, sharing engaging songs and stories of an extraordinary life in show business. His humorous and moving encounters with theater luminaries will have you laughing through your tears.

Avi Hoffman was recently awarded Congressional recognition, was invited to the Vatican to meet Pope Francis and was inducted into the Bronx Jewish Hall of Fame for his lifetime work advancing Jewish culture, Yiddishkayt and Holocaust awareness through the charity he founded the Yiddishkayt Initiative, Inc. (YILoveJewish.org). As an actor, he was nominated for a NY Drama Desk Award for his Yiddish language portrayal of Willy Loman in Death of a Salesman. He is best known for his Too Jewish Trilogy: Award-winning one man shows “Too Jewish,”” Too Jewish, Too! “(PBS, Performer of the Year ’95 – NY Press Magazine; L.A. OVATION award – Best Actor In a Musical 2001; NY Drama Desk and Outer Critics Circle award nominations) and his latest show “Still Jewish After All These Years.” On TV, he was featured as Sid Raskin in the Starz TV series “Magic City,” as well as on Netflix’s Bloodline, A&E’s “The Glades” and on the NBC series “Law and Order.” He starred in the International Award-winning short Yiddish Film: “Shehita”(Best Thriller – HollyShorts Festival) and the motion picture – “The Imported Bridegroom. “He was seen in the PBS documentary “They Came For Good: A History of the Jews in the US.” Avi has performed all over the world, has numerous acting and directing credits and has received multiple awards and nominations.