After The Last Survivor: The Future of Holocaust Awareness 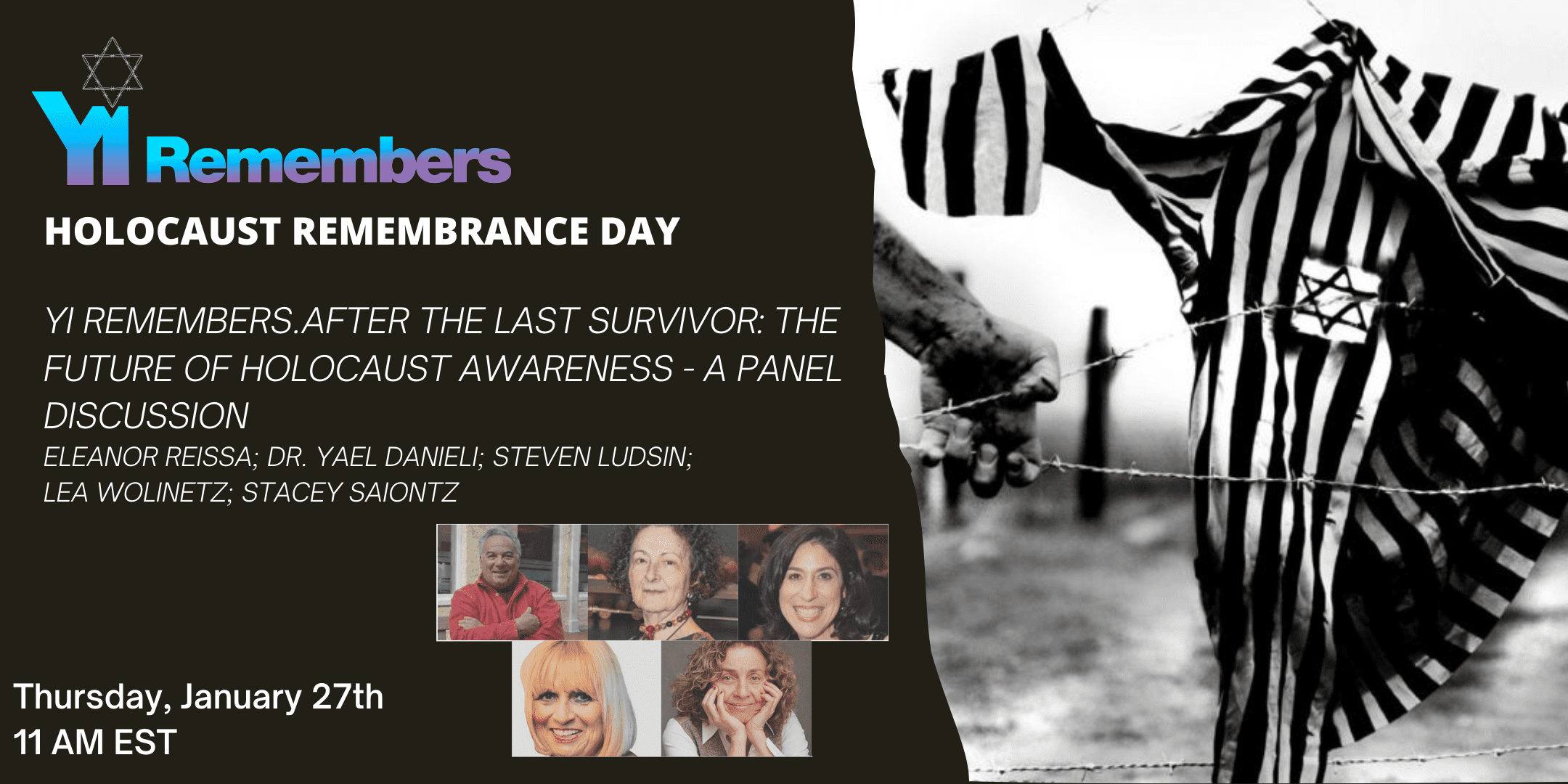 After The Last Survivor: The Future of Holocaust Awareness

After The Last Survivor: The Future of Holocaust Awareness – A Panel
Discussion

Dr. Yael Danieli, a clinical psychologist, victimologist, pioneer traumatologist: www.dryaeldanieli.com most recently founded the International Center for the Study, Treatment and Prevention of Multigenerational Legacies of Trauma: www.icmglt.org As Director of the Group Project for Holocaust Survivors and their Children, she has conducted extensive psychotherapeutic work with survivors and offspring on individual, family, group and community bases; studied in depth post-war responses and attitudes toward them, and the impact these and the Holocaust had on their lives. Published, awarded worldwide, on life-long and multigenerational post-trauma adaptation, optimal care and training, and on reparative justice. The Danieli Inventory for Multigenerational Legacies of Trauma allows scientifically valid assessment and comparative international study. Emerita Distinguished Professor of International Psychology at the Chicago School of Professional Psychology, built the first PhD program in international psychology.

Stacey Saiontz is a lawyer whose grandparents survived the Holocaust. Their stories of survival have profoundly influenced her outlook and inspired her commitment to sharing all stories and lessons of the Holocaust with future generations.

Lea Sigiel Wolinetz was born to Holocaust Survivors from Poland. She started her professional career as a Public School teacher and administrator in the New York City Public School system. Coming from her education background, she’d go on to help create Steven Spielberg’s Shoah Foundation. To honor the millions of children lost during World War 2, in 1994 she created The Golden Bridge of Friendship. The non-profit was designed to match orphans from Eastern Europe with adoptive parents. The model she developed is now used across the globe. Mrs. Wolinetz has served as Coordinator for the Jews of Czestochowa Exhibit and Outreach Manager for the Polin Museum in Warsaw. She currently acts as the Executive Director of the Worldwide Czestochowa Jews and their Descendants, and the Secretary of Czenstochowa Relief Society.

Eleanor Reissa is Brooklyn born and bred; a victim/beneficiary of the public school system from K through college (cum laude). In spite of that (or because of it) she has had a life beyond her own imagination. She became a Tony nominated director, a Broadway actress, a prize-winning playwright, an artistic director of the world’s oldest Yiddish theater company, a soon-to-be published author, a singer in every major venue around the world and in New York, including Carnegie Hall, Town Hall, and smaller venues like Joe’s Pub and Michael Feinstein’s 54 Below. Simply, she became a story-teller in English and Yiddish and is the daughter of her parents who lived through the Holocaust.