A Conversation with Tracie Holder and Karen Thorsen 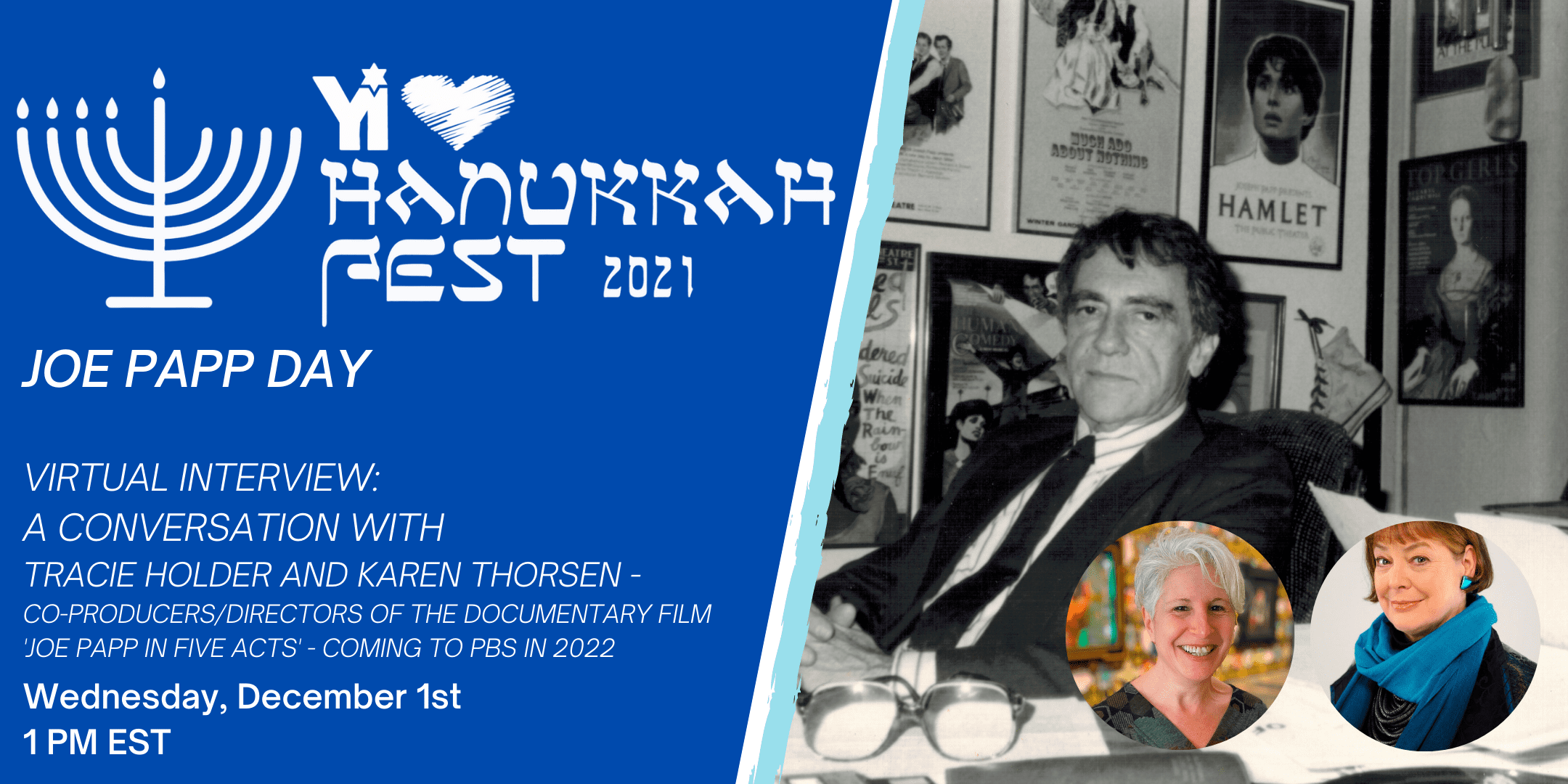 A Conversation with Tracie Holder and Karen Thorsen

A conversation with Tracie Holder and Karen Thorsen: Co-Producers/Directors of the documentary film ‘Joe Papp in 5 Acts’

December 1st has been officially declared as “Joe Papp Day” in New York City. In honor of this day, YI Love Jewish is presenting a day of events celebrating the life and work of this important theatrical icon.

A conversation with Tracie Holder and Karen Thorsen:

Co-Producers/Directors of the documentary film ‘Joe Papp in 5 Acts’ coming to PBS in 2022.

JOE PAPP IN 5 ACTS premiered at the 2012 Tribeca Film Festival and has been featured at more than forty film festivals worldwide.

Tracie Holder is a filmmaker, consultant, and producer. A 2016 Sundance Creative Producers Fellow, Holder leads workshops, tutors and serves on juries at international pitching and training sessions. She is widely regarded as a “go-to” person and all-round resource for artists seeking U.S. funding having raised more than $3 million in grants for her own projects. Clients include: IDFA, Ramallah Doc, Lisbon Docs, Firelight Media, DOC NYC, Chicken & Egg, Black Public Media, Brown Girls Doc Mafia, Creative Capital, Unions Docs, and Gotham Film & Media, among others. Holder was a longtime consultant to Women Make Movies and served as the Development & Funding Strategist for Abby Disney’s Fork Films. She is a former board member of NY Women in Film, teaches at the NY Film Academy and is a grant panelist for national and local funders. She co-directed/produced Joe Papp in Five Acts, (Tribeca Film Festival, PBS/American Masters). Producing credits include Grit, (Hot Docs/POV) and The Quiet Zone, and One Person, One Vote? in production. She is currently directing/ producing The People’s Will, for which she was recently awarded a prestigious National Endowment for the Humanities production grant.